Get your GST Return Filing done every month and every year.

GST implementation was a very significant step in the field of indirect tax reforms in India as it combined various other indirect taxes under its ambit. Its aim was to levy a single uniform tax on all the goods and services across India. This also reduced the return filing burden which existed in the preGST era. Currently, under the GST regime, every individual/business has to file their respective GST return timely. It is mandatory for every GST-registered business owner to file their returns as applicable to their business type and size. The number of GST returns to be filed depends upon the nature and the size of the business 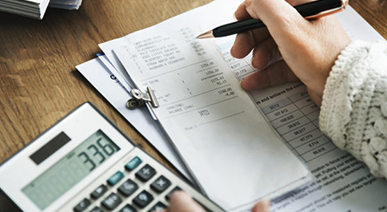 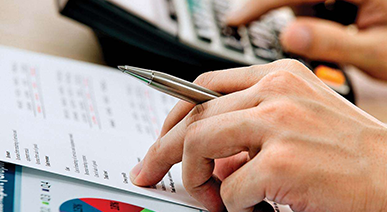 All the Registered Dealers are required to file GST Returns irrespective of the type of business or turnover or profitability during the return filing period. Under GST Regime,even a dormant business that has obtained GST registration must file GST return. These are the returns to be filed by every business 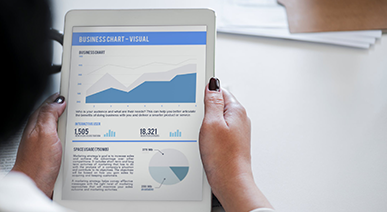 Realizing the needs of entrepreneurs registered under the Composition levy under Goods and Services Tax running the business of trading in goods, manufacturing of goods, providing restaurants services or other service providers we at Super CA offer the services of filing the GST returns of such entrepreneurs. Since the dealers registered under the composition levy are not allowed to take Input Tax Credit, there is no requirement for maintain the books of accounts (unless and until required by the entrepreneur). Keeping this in mind, Super CA designed a plan which offers such entrepreneurs to file their GST returns hassel free together with maintaining their sales records in excel. 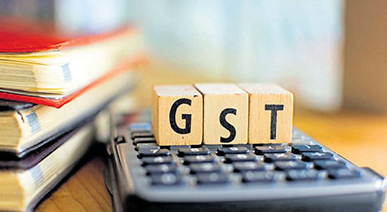 Every registered taxpayer has to file his/her GST Returns on time. The GST Law does not give exemption to taxpayer who have not made any sale/purchase during the month not to file the returns. Therefore, even in the case of no sale and purchase during the month, the taxpayer has to file the return. Under GST, in order to avoid penalty and further complications, a registered taxpayer strictly needs to file a NIL Return even if there was no business activity (i.e. sale/purchase/transaction) during a month.

What is GST Return


It is crucial for every business, irrespective of the business structure, to adhere to the statutory compliance and complete all the necessary filings before the due dates..There are quite a few types of GST filing which have their specific forms and each form has a different purpose and due date.Taxpayers also need to ensure that they don’t need to file all forms but only those that are applicable to them. GST return filing is an online process which is smooth and well-organized. It only requires a list of receipts, invoices, and bills to be kept handy and the remaining tasks will be taken up by our professionals

When you file your GST return, it protects you from facing unusual provisions like interest, monetary penalties, recovery, suspension of registration and other strict consequences.

In many areas, taxpayers’ credibility is evaluated based on his GST filing record. If you meet your GST filing compliances by timely and proper filing of GST returns, it will benefit you at the time of seeking loans from banks or other financial institutions.

GST has lessened the number of filings as it subsumed various other indirect taxes hence making it less hassle for small entities to fear of maintaining compliance contrary to pre-GST time where businesses had to file a number of returns accorded with different indirect taxes.

Government has reduced the complexity of tax filing for businesses to a great extent by combining various taxes into a single tax-GST and increasing the threshold limit. This has made a significant contribution to reducing the compliance burden on small businesses.

Implementation of GST has also Improved the ease of starting a new business in India without any difficulties as it is centralized as well as standardized. Thus, the business would no longer have to file multiple indirect tax returns as GST returns apply across India.

GST aims to provide a seamless tax system throughout the value chain by reducing the cascading effect of taxes or simply described as ‘Tax on tax’. This would consequently reduce the other cost while doing business.

You will be liable to pay interest and a late fee if your GST return is not filed within the due date. As per the GST Law, the current prescribed late fee is Rs.100/ day for each CGST and SGST amounting to Rs.200 per day which can go maximum to Rs.5,000 subject to changes as notified by the government.

Non-Filing returns timely can also make a taxpayer liable to pay an interest at 18% per annum on the total amount of tax to be paid. This interest rate is applicable from the due date of filing the return till the payment is made.

An offender who is not paying taxes or is making short payments can also be made liable to pay a penalty of 10% of the amount of tax due subject to a minimum of Rs.10,000.

Ignoring GST returns may also lead to arising unnecessary consequences and denying of certain facilities. For instance, rule 59(6) notifies that the GSTR-1 return filing facility will be blocked for taxpayers who have not filed GSTR-3B for the previous two return periods. Further, If a person has not furnished the returns for a consecutive period of two tax periods , then the generation of E-Way Bill will be restricted for all types of outward supply of that individual/entity which can only be generated after successful filing of GST.

In a few cases, GST registration can also be canceled by the authorities. Hence, it becomes crucial to every registered entity to adhere to the statutory compliance and complete all the necessary filings within the stipulated time-period.

The following people/entities are exempted from getting GST registration:

Under GST regime, there are 4 components namely :

Under the GST law, the government will collect CGST, SGST or IGST depending upon whether the transaction is intrastate or interstate. These are briefly discussed below -

CGST is charged on the intrastate supply of goods and services by the central government .
It is collected along with SGST at the same rate. Both the Central and State Government collect the taxes and combine their levies with an appropriation proportion between them. Further, the GST rules also says that the taxes which are imposed on the intra supplies of goods and services shall not be more than 14% each.

As we discussed above, SGST will be applicable at the same rate and along with CGST on every taxable intra-state supply, but CGST will be controlled by the Central Government. SGST on the other hand is collected by the State Government and is governed by the SGST Act. Any tax liability under SGST then can be set off in opposition to SGST or IGST ITC only.

UTGST is very similar to SGST which is applicable on the supply of goods/services in the Union Territories like Andaman and Nicobar Islands, Chandigarh, Daman Diu, Dadra, and Nagar Haveli, and Lakshadweep.
The UTGST is governed by the UTGST Act and the revenue earned is collected by the Union Territory government. The UTGST is a replacement for the SGST in Union Territories, but the concept of CGST will be the same.
For Instance, a dealer in Jharkhand is selling goods or providing some service to the consumer in the same state worth Rs. 40,000. The GST rate, let's say is 12% consisting of 6% CGST and 6% SGST, in such cases the dealer collects Rs. 4800 from which Rs. 2,400 will go to the central government and Rs. 2,400 will go to the State government.

IGST is applicable on all inter-state supplies of goods and services. It is also applicable on the imports and exports of goods and services, and on supplying activities related to Special Economic Zones. In the case of interstate tax collection, instead of separately charging taxes for the Center and the State, the Government collects a single IGST, which is divided later
For Instance, if the dealer in Jaipur sold goods to a dealer in Patna worth Rs. 1,00,000. GST rate, let’s say be 12%, then in such cases the dealer has to charge Rs. 12,000 as IGST.

BEST CONSULTATION AT YOUR
DOOR STEPS

GET A CALL NOW